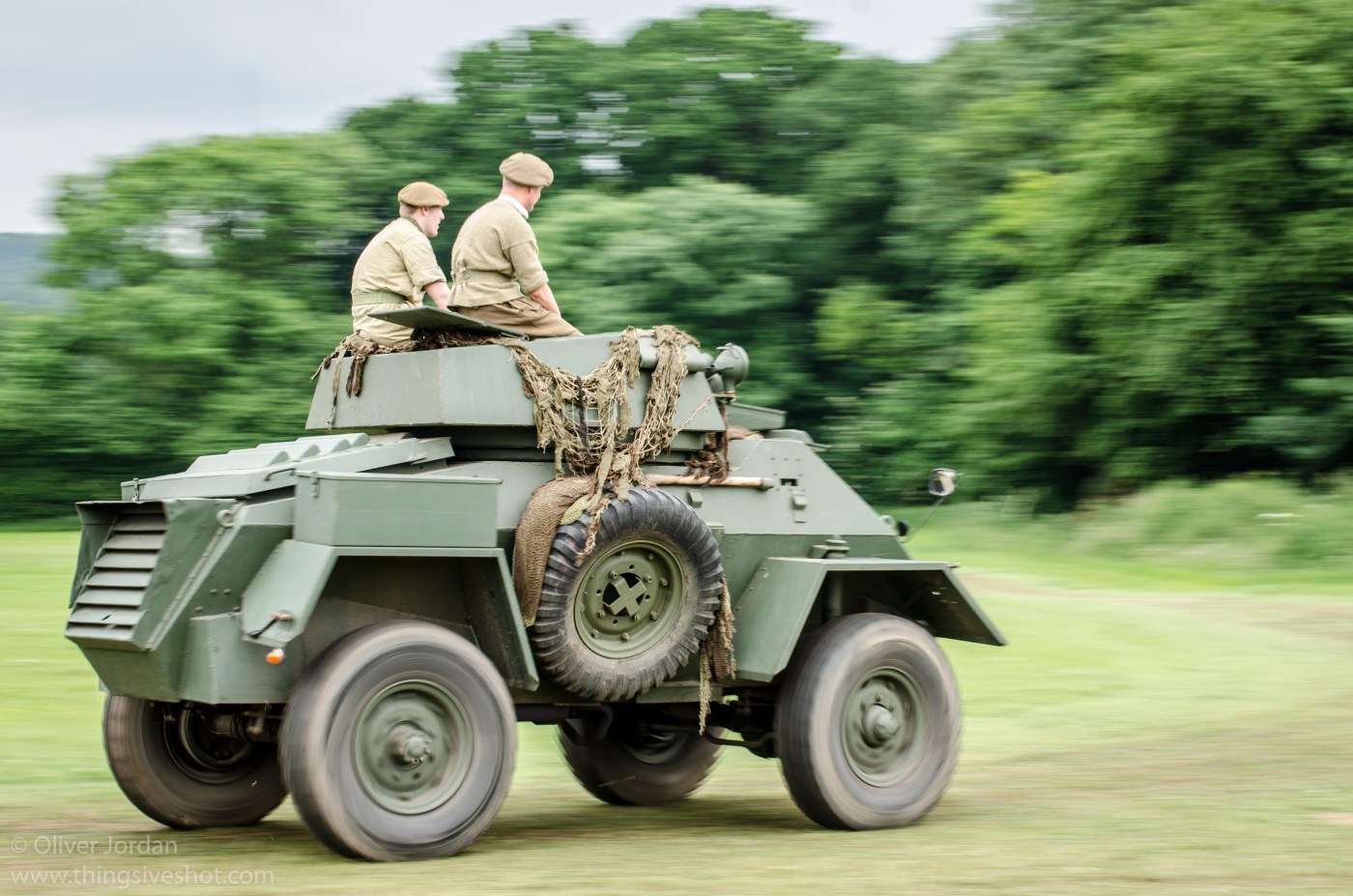 The Dig For Victory Show is in its sixth consecutive year. The organiser (James) is a historian with a passion for military vehicle restoration. His team of volunteers work hard each year to provide the best and most accurate 1940’s themed festival to re-enact what life was like in wartime Britain.

I was told about the event several weeks ago by a friend from work who’s wife was volunteering in the one of the demonstrations, and one of his other friends who helped organise the event. Since then I heard adverts on a local radio station and decided it would be well worth checking out!

As soon as you walk through the gates, you are transported back to a time when the world was at war. The sound of gun fire rang through the site. In the main arena, the demonstrations had already started.

We headed towards the arena to catch a glimpse of the of the action. The current scene was the French army capturing a small group of German soldiers. Although the ammunition used was blanks, the look and sound was very realistic. Grenades were thrown, mortars were loaded and rounds of bullets were installed into guns.

The re-enactment was played out very well and the a crowd cheered to show their appreciation to the actors once the battle had finished.

As the actors were driven off in the restored military transport  vehicles I couldn’t help but think, even though the re-enactment was very entertaining to watch and the actors clearly enjoyed what they do, the real thing 72+ years ago must have been horrific for everyone involved.

During the short break while the next demonstration set up, we decided to take a walk around the other areas of the show.

Upon entering the event, we were given a program which included a map to help navigate the area and stated the start times of each show. The show is completely non-profit and entirely run by volunteers.

The day consisted of events outside of the area including live 1940’s music, war time cooking workshops, sewing tutorials and even a tug of war. Around the various walkways, stalls selling memorabilia and war time items were full with people looking for interesting items to add to their collection.

The next arena event comprised of the military vehicle demonstration. The promise of seeing tanks and armoured vehicles sounded too good so we pulled ourselves away from the demonstrations and headed back to the area.

Once all the vehicles had finished their display, with plenty still on offer, we headed back for a wander around the rest of the show before the arena grand finale.

Everyone at the event was very friendly and more than happy to help or talk about what they had on display. All of the exhibitors had a huge amount of passion and knowledge for the era which added to  the experience. The amount that could be learnt in one day was astonishing.

The grand finale for the day consisted of firing the artillery guns and… a Spitfire fly over! The guns were towed into the arena by the support vehicles and the announcer described the exact process to set up the guns.

The guns were fired and the ground shook. You could feel each shot through your chest. Then, right on cue, in came the Spitfire.

The aerial acrobatics that the Spitfire could perform were outstanding for its day. It could out manoeuvre most other aircraft in a dogfight and it was a huge success for the British in the war.

Watching the Spitfire seemed like a fitting end to a splendid day! The whole event was educational, friendly, loud but most of all, entertaining! It’s the sort of show that has something for everyone from every generation. The occasional shower did not dampen any of the spirits! Well worth the £10 entry fee.